UFB to be rolled out to hundreds more schools 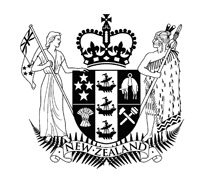 UFB to be rolled out to hundreds more schools

More than 410,000 students at over 1500 schools will have access to ultra-fast broadband by July next year, says Education Minister Hekia Parata and Communications and IT Minister Amy Adams.

It includes schools in Invercargill, Dunedin, Timaru, Greymouth, Nelson, Gisborne, Whakatane, Auckland, and many other areas.

Building a more competitive and productive economy is one of the Government’s four key priorities for its second term and the rollout of UFB is an important part of this.

Ms Parata says the announcement will allow schools and their communities to prepare for what will be a transformation in teaching.

“By the end of 2015, 97.7 per cent of schools and 99.9 per cent of students will receive UFB enabling speeds of 100 megabits per second. The remaining schools, which are in the most remote locations, will receive a high speed wireless or satellite connection.

“The technology will also address concerns that rural schools in areas without quality broadband may struggle to attract teachers because of the difficulty of accessing professional development and on-going learning opportunities.”

Ms Adams says the progress of the roll out has been fantastic.

“Ultra-fast broadband is a game-changer for the whole country, and will see New Zealand become one of the most connected countries in the world.

“It will revolutionise the way Kiwi firms do business, the way our kids learn and the way our health services deliver to us as patients.

“This is part of the Government’s $1.5 billion commitment to nationwide ultra-fast broadband with speeds up to 100 megabits per second,” Ms Adams says.