Crown Infrastructure Partners Limited (CIP), formally called Crown Fibre Holdings (CFH) was incorporated on 29 October 2009 under the Companies Act 1993. CIP is a Crown-owned company, listed under Schedule 4A of the Public Finance Act 1989.

An announcement was made on 24 July 2017 regarding the additional responsibilities that CFH would be given relating to developing commercial models for the funding of bulk housing infrastructure. Crown Infrastructure Partners Limited (CIP) was formally named and repurposed on 1 September 2017.
CIP’s purpose has broadened to include investigating and implementing commercial models, including those that will enable co-investment from the private sector or any other sector, to achieve the Government’s objectives for the deployment of water and roading infrastructure to support a timely increase in housing supply.

This is in conjunction with our existing purpose of managing the Government’s $1.7 billion investment in Ultra-Fast Broadband (UFB), and our purpose of rolling out rural broadband and mobile coverage under the Rural Broadband Initiative phase two and Mobile Black Spots Fund (RBI2/MBSF).

The Government’s objective is to provide fibre-to-the-premise (FTTP) to 87% of New Zealanders by 2022. Under the UFB Programme, FTTP will be deployed to 1.8 million households and businesses in 390 cities and towns.

There are lots of people who can answer any questions you may have about fibre, mobile and bulk housing infrastructure. Let us direct you: 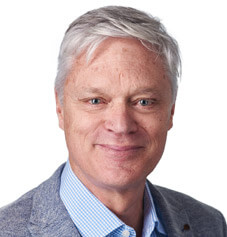 Mark Binns (Chair) was appointed a Director of the Company on 1 June 2018. His career has seen him involved in many of New Zealand’s largest infrastructure projects, including the Wiri Prison public-private partnership, Waterview Connection, Eden Park, SKYCITY, Museum of New Zealand Te Papa Tongarewa and the Manapōuri tunnel. For 22 years, Mark worked at Fletcher Building and its predecessor, Fletcher Challenge Limited. Mark was Chief Executive of Meridian from 2012 to 2017 and is also a former Chief Executive of the Infrastructure Division of Fletcher Building Limited. Mark is a qualified lawyer. He is currently a Director of Auckland International Airport, Metlifecare Limited and Te Pūia Tāpapa, a trustee of Auckland War Memorial Museum and Chair of Global Taskforce Limited. Alan Dent, BCA, CA established and led the Deloitte Corporate Finance Wellington practice from 1990 until May 2020. He led the Deloitte NZ Firm’s Financial Advisory Services practice from 2014 till 2020. He was a member of the Deloitte NZ Partner Board from 2000 to 2012. Alan retired from Deloitte in May 2021 after 39 years with the firm – and 26 years as a partner. Alan has provided commercial and financial advice in a broad range of contexts across both the public and private sectors including mergers and acquisitions, SOE/Crown entity establishment, financial reporting, and dispute resolution. Alan has been extensively involved in advising on government-initiated sector reform and the related establishment processes. Until his retirement Alan led the Deloitte Water sector team and has delivered multiple projects in the Three Waters sector. Alan is an Associate Member of the Arbitrators and Mediators Institute of New Zealand and a Member of the Institute of Directors. 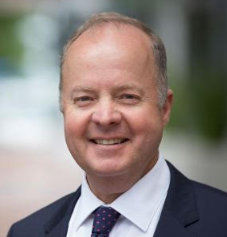 Mr Chris Gudgeon has been involved in property investment, development and construction in New Zealand for more than 25 years. He was previously Chief Executive of Kiwi Property Group and Capital Properties NZ Ltd. Mr Gudgeon holds an MBA from the Wharton School, University of Pennsylvania and a Bachelor of Engineering degree from The University of Canterbury. He is a Fellow of the Royal Institute of Chartered Surveyors, a director of Argosy Property and is a past President of Property Council New Zealand. 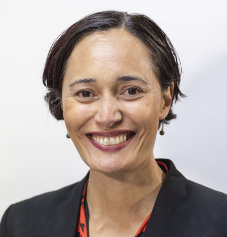 Bella is a chartered accountant and has worked in the oil, gas and utilities industries. She has a wealth of global market understanding and governance expertise.

She is currently a Director at The Lines Company, a member of Te Wānanga o Aotearoa Council, an independent member of the Group Audit and Risk Committee of Waikato Tainui, a trustee of the Māniapoto Māori Trust Board, Māngai Māori representative for the finance committee of the Hamilton City Council and is a current Director of Te Ohu Kai Moana Trustee Limited including Chair of Audit and Risk Committee and Director on Te Ohu’s Portfolio Management Services Limited. Mei Fern Johnson is a partner at law firm Russell McVeagh. She has more than 20 years experience advising on mergers and acquisitions and  complex commercial contracting, with particular expertise in investment in the infrastructure, technology, transport and energy sectors. She also works with many public sector agencies and Crown entities, and was (Acting) General Counsel for the Accident Compensation Corporation in 2014-2015. Mei Fern served on Russell McVeagh’s Board from 2018-2022. 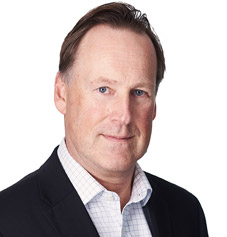 Graham Mitchell is CEO of Crown Infrastructure Partners, established by the New Zealand Government to invest NZ$1.6 billion (~US$1.1 billion) with private sector partners to deploy ultra-fast broadband (Fibre-to-the-Premise) to 86% of the population by 2022.

Prior to this, Graham was the CEO of Cogent Communications, part of the OneSource Group. Before then, he headed US telecommunications venture capital funded, Optical WDM OEM.

During ten years spent at Telecom New Zealand he held senior positions including Group GM of Business, Wholesale and Network Services and GM of the Internet and Directories Division, both in Australia. Graham’s considerable corporate finance experience is derived from roles with Telecom, Brierley Investments, Electricity Corporation and Transpower. Sean joined Crown Infrastructure Partners in April 2010. Prior to this, Sean was the CEO of twenty4media, an out of home media business that operates television networks for banks and airlines in Australasia. Before this Sean was CEO of INL where he was responsible for selling the company’s publishing interests to Fairfax Media for $1.25 billion and for the company’s $2.5 billion merger with Sky Television.

Sean was previously with Saturn Communications and later TelstraSaturn where he held the positions of Director Corporate Development, Managing Director Residential and Director Sales and Marketing. Prior to this Sean was with a national law firm.

Sean has a Bachelor of Law from Victoria University. Kathryn joined Crown Infrastructure Partners (CIP) in November 2010. In her role as Chief Legal and Risk Officer Kathryn is responsible for corporate governance, legal, insurance, risk, regulatory compliance, and is the Company Secretary for CIP.

Prior to Kathryn’s appointment at CIP, she spent four years as General Counsel and Corporate Risk Officer at Transfield Services in New Zealand and has also held legal and tax management roles with Siemens NZ.

Kathryn has extensive in-house legal experience having worked in a diverse range of industries including telecommunications, power generation, electrical engineering, facilities management, and roads and infrastructure. 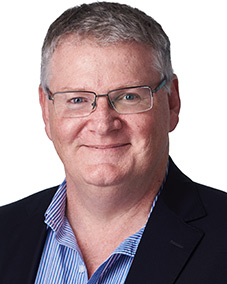 John joined Crown Infrastructure Partners in May 2010 after 27 years in the Telecommunications industry. Prior to his appointment as CTO, John held various roles in Telecom New Zealand Limited, and was Head of Technology Strategy at the time of his departure. Previous roles have included Director of Networks for large business and residential ISPs in Australia and New Zealand, Head of Networks for AAPT, an Australian carrier, and various engineering and architectural roles in Telecom New Zealand.

As an Engineer and project manager, John has often been at the leading-edge of telecommunication technology implementation in New Zealand. This has included Internet Service Providers, Intelligent Networks, and ISDN (including one of the world’s first national ISUP implementations). 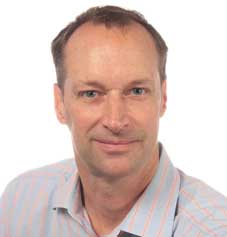 Prior to joining CIP Dougal was previously with KPMG and progressed to finance roles in Insurance and Banking with AMP and ASB.

Dougal has a Bachelor of Commerce and Administration and a Bachelor of Arts in Political Science (Hons) from Victoria University. Nick Manning joined Crown Infrastructure Partners (CIP) in January 2017. He is responsible for CIP’s dealings with government including the Offices of the Minister for Broadcasting, Communications and Digital Media, the Minister for Infrastructure as well as other Ministers’ offices, and key Government agencies such as the Ministry of Business, Innovation and Employment (MBIE), The Treasury and Department of Prime Minister and Cabinet. He is also responsible for CIP’s dealings with telecommunications and ICT industry participants and peak bodies, and with local Government and regional organisations.

Nick has over 16 years’ experience in the telecommunications, digital and ICT sectors.

He has been a practising commercial lawyer, chief policy advisor and independent consultant on broadband, infrastructure and digital communications policy and regulation. Nick led development of the UFB policy and implementation of the regulatory changes for the structural separation of then-Telecom in 2011.

Nick has a Bachelor of Laws (Honours), a Bachelor of Arts majoring in Information Technology and a DipGrad in network security from the University of Otago. Aside from a 5-year detour into Air New Zealand, Jeremy’s career has been focused on infrastructure and asset management. He has been a consultant, contractor and client and has previously delivered strategic infrastructure projects and programmes across the globe, including the Middle East and Central Asia. He was invested as a MBE in the Queen’s Birthday Honours List in 2007.